Starting Memorial Day, Broadway from 32nd Street to 35h Street and 42nd Street to 47th Street will be transformed into pedestrian plazas.  The experiment will continue through the end of 2009.  The goal is to hopefully improve traffic flow along downtown Seventh Avenue, which currently is one of the most congest roadways in the world, as well as along uptown Sixth Avenue.  The pedestrian plazas will eliminate the cross-overs (aka X-like intersections) currently there which tend to slow down traffic.  For instance, in the photo below, the far left-hand traffic lanes will be converted to a pedestrian plaza. 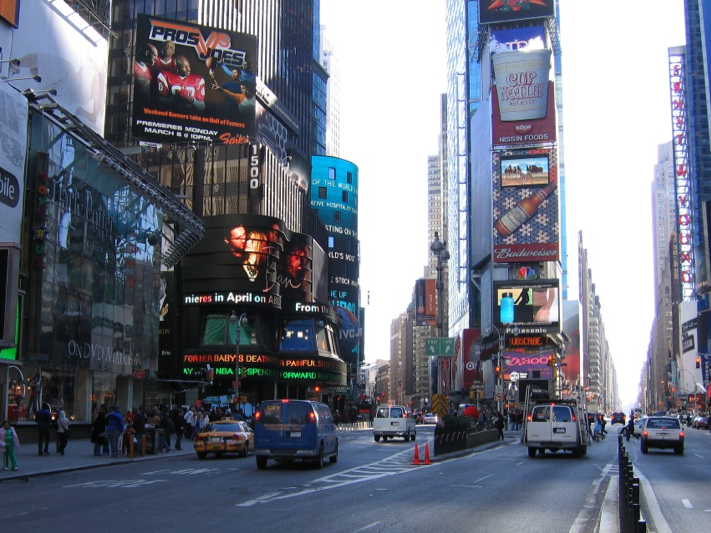